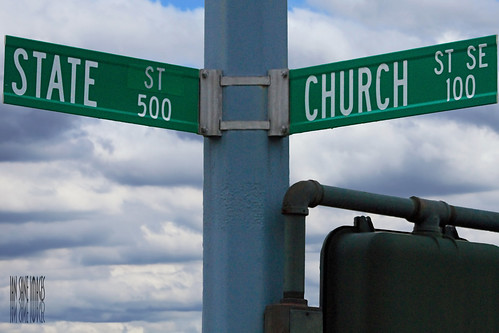 “What right do they have to do this, to take away our freedoms?” Mary Anne Yep, co-founder and vice president of Triune Health Group in Chicago, recently asked of the  Obama administration regarding the HHS Mandate. On Monday when the official comment period closed, thousands of individuals swamped the Department of Health and Human Services with concerns about the HHS Mandate and the effect it would have on religious liberty in the United States. The Heritage Foundation recently posted an update about HHS and the people against it:

After more than a year of public outrage, over 50 lawsuits against the anti-conscience mandate, and a federal judge’s demand that HHS fix its coercive mandate, the Administration published a “notice of proposed rule making” (NPRM) on February 6. That proposed rule neither changes the underlying mandate finalized in law and currently in effect nor provides any workable or adequate solutions to the mandate’s trampling on religious liberty.

Several organizations have published statements on the NPRM and HHS Mandate in general.  Archbishop William Lori of Baltimore, chairman of the Catholic bishops’ Ad Hoc Committee for Religious Liberty released a statement on Monday regarding the mandate:

I am also writing to express deep gratitude to the scores of people and organizations—from various denominations and walks of life—who have challenged the HHS mandate in federal courts around our country over the last year. We continue to pray for the success of all of these lawsuits. As we noted in the Ad Hoc Committee statement, “Our First, Most Cherished Liberty,” “the vision of our founding and our Constitution… guarantees citizens of all religious faiths the right to contribute to our common life together.” And in our Catholic tradition, the right to religious freedom proceeds from the inherent dignity of each and every human person. Accordingly, our concern for religious freedom extends well beyond our own ministries of service.

Philip Ryken, the president of Wheaten College — a private Protestant institution — had this to say:

By denying Wheaton the exemption other religious groups receive, the NPRM treats Wheaton as a second-class religious organization. Wheaton has the right to be religious without being pressured by the government to affiliate with a larger church organization in order to protect its rights.

The Mandate and suggested “accommodations” in the NPRM blatantly violate the right to religious freedom protected throughout federal law, including under the Religious Freedom Restoration Act… and the First Amendment the U.S. Constitution. The NPRM’s refusal to expand the Mandate’s exemption beyond houses of worship is offensive because it drastically minimizes what counts as a religious employer. Applying the Mandate to any entity or individual possessing a religious objection is illegal.

No other federal rule has so narrowly and discriminatorily defined what it means to exercise religious conscience, and no regulation has ever so directly violate plain statutory and constitutional religious freedoms. The NPRM does nothing to change that fact.

Autocam Corp. and Autocam Medical CEO, John Kennedy, says: “I don’t understand why the Obama administration is attacking two manufacturing companies that provide 680 jobs with an average hourly W-2 of $53,000, and are hiring—especially when most of those jobs are in a state like Michigan.” The administration has ruled that any  companies that are for profit, including Hobby Lobby, Tyndale House, and other Christian companies, must adhere to the mandate. Autocam also was recently in the news due to a smear campaign; you can read their response to that here.